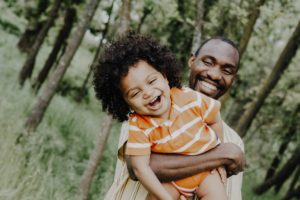 With more than 40 years of combined experience in family law, our child custody lawyers truly understand the sensitive issues that arise within child custody disputes. Our law office works to resolve custody determinations effectively — and as amicably as possible — so that our clients and their children are able to move forward.

Contact our Pennsylvania child custody lawyers to schedule a free initial consultation to learn how we can help.

Due to recent changes in Pennsylvania custody law, there are many issues that could potentially affect the outcome of your case. That is where our skilled family law attorneys come in. We are here to provide the experienced guidance you need so your rights and parental responsibilities are protected and maintained. One of the most important changes involves parties “living separate and apart in the same residence.” Custody orders can be enforced if one of the following exists:

The goal in child custody disputes is to attain a solution that is in the best interests of the child. There are multiple options that may serve this interest. Custody is determined in the form of legal custody and physical custody.

Legal custody refers to the ability to make major decisions involving the child, such as those involving medical care, education and religious upbringing. Most often, parents share legal custody unless certain circumstances occur.

Physical custody essentially refers to where the child will reside and sleep. Physical custody may be determined as sole, primary, partial or shared custody or visitation, depending on how time with the children is allocated. Generally, custody agreements and court orders provide for some form of physical custody.

A divorce, child custody dispute or other family law issue can be very difficult on the parties involved. The sleeplessness and other stresses related to custody uncertainty can take a toll on an entire family. Our family law office believes the most effective methods to resolve family disputes and custody decisions are through cooperative negotiations. If this is not possible due to the circumstances between the parties, our child custody lawyers will deliver tough and effective courtroom skills to effectively represent you.

Depending on the county in which you and the children reside, you may be required to submit to at least one mediation session before appearing before the court to render an order. You may be required to complete a parenting plan, or attend a class on “Children in the Middle.”

When you’re going through a divorce in Pennsylvania, there are a number of difficult decisions you and your former spouse must make, such as potential alimony payments and the division of marital property and assets. If you have children together, you’ll need to find a child custody arrangement that works well for all parties involved – including your kids.

The National Association of School Psychologists recommends that parents do their best to work out this arrangement by sitting down and determining what is in the best interests of their children. It’s important to try to shield children from conflict between you and your former spouse. If you’re able to reach a custody agreement through amicable means, you may file an order of custody with your local state court to finalize the terms.

However, sometimes couples going through divorce struggle with reaching an agreement when it comes to the custody and visitation of their children. In these situations, one party should file a complaint for custody or partial custody with a Pennsylvania state court. When this is done, the parents – or occasionally grandparents or other relatives – usually must attend a four-hour education seminar to help them better communicate and serve as co-parents.

The parents might also be ordered to attend mediation, a form of alternative dispute resolution in which a mediator helps both parties reach a sound agreement. If the parties cannot agree on a custody arrangement after mediation, they will attend a court hearing. This gives judges the ability to examine evidence to determine what is in the best interests of the children involved and make a ruling based on this information.

Generally, a judge will seek to facilitate a joint custody arrangement if at all possible. Most judges operate with the belief that a child should have a significant relationship with both parents. However, when courts examine evidence related to the fitness of a child’s parents in a custody battle, they consider a number of factors.

First, judges strive to set up an arrangement that’s in the best interest of the child, which can be difficult to do. Depending on their ages, this may involve interviews with kids to determine what they desire in terms of custody. Judges do not base their rulings on these interviews alone, but they could be a contributing factor.

Courts also examine both of the parents’ actions and the potential living situations of the children. When parents have a history of behaviors that could negatively impact a child, such as substance abuse, violence and arrests, they could have a difficult time obtaining custody arrangements that favor them.

Additionally, judges often seek to maintain the status quo if it is working, so if the children have been in a situation for a period of time in which they are flourishing and receiving love, care and attention, the court likely won’t wish to interrupt that. The same is true for maintaining housing arrangements in which siblings can stay together.

It is important to note that courts do not typically consider parents’ incomes beyond ensuring that they can meet a child’s basic needs. Further, courts no longer operate under the basis that kids should be with their mother most of the time, and instead do not factor in gender when reaching their decisions.

Custody battles can be stressful for both parents and children. If you are in the process of a divorce and would like to negotiate a sound custody arrangement, contact an experienced family law attorney.

If you are involved in a custody dispute, you can rest assured that the child custody lawyers Bentley, Kopecki, Smith, P.C., will treat you with respect and dignity while also being compassionate and sensitive to your concerns and needs. Contact our child custody attorneys for a free initial consultation. Call 610-685-8000 (Reading), 717-769-5040 (Lebanon).