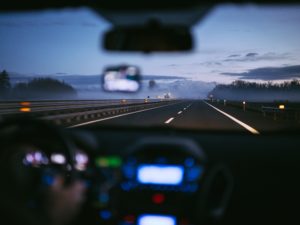 If you are facing DUI charges in the Berks County, Lancaster County or Lebanon County areas, it is important to retain our experienced DUI defense lawyers to advise you of your rights and options. You will need a DUI defense attorney who knows the law and the legal process and can help you get through your case with the best possible outcome. There is no question that you should hire a skilled and experienced Lancaster Pennsylvania DUI Defense Lawyer to represent you.

If you are charged with a DUI of any sort in the Reading, Lancaster or Lebanon, Pennsylvania areas, you should retain an experienced DUI defense lawyer to help you.

If you are facing first time DUI charges, and have a clean criminal record otherwise, you may be eligible for admission into the Accelerated Rehabilitative Disposition Program (ARD Program). This will result in no jail time, a reduced license suspension and a final result that would not be considered a criminal conviction. If you are not eligible for the ARD Program, it is still important to do everything you can to obtain the best possible result. Sometimes, when the ARD Program is not an option, it becomes even more important to look into any defense issues and probe whether the police made a mistake in building the case against you. Even if the case does not ultimately go to trial, if there is some sort of plausible defense issue — of weakness in the case — it may be more realistic to negotiate a plea bargain that you can live with.

No one who is charged with a DUI initially wants to enter into a negotiated guilty plea agreement. Certainly, if there is a legitimate defense issue, it can be better to try to beat the case in front of a judge or jury so that there is no jail time or license suspension whatsoever. The process can move quickly so it is better to identify potential defenses as early as possible. The difficulty, however, is that the system is set up so that if a person goes to trial and loses, he or she typically gets a much worse result then if he or she entered into a negotiated guilty plea agreement. This is how the criminal justice system encourages guilty pleas. The stark reality is that if the system did not encourage guilty plea, and everyone charged with a DUI elected to take the matter to trial, the system would completely bog down.

What does this all mean for you if you are charged with a DUI? It means that you should retain an experienced Lancaster Pennsylvania DUI criminal defense attorney to help you realistically evaluate your case and assess your options. Without question, there are times when it makes sense to take a case to trial. Our Lancaster County DUI defense lawyers have recommended that course of action to many clients over the years and have had success pushing the District Attorney’s Office to prove their case beyond a reasonable doubt. There are times, however, where the right strategy is to acknowledge the risks of going to trial and pursuing a strategy of working out the best possible resolution.

When a person enters into a guilty plea to a DUI charge, judges sometimes see this as an admirable acceptance of responsibility. Sometimes, the Court will consider addiction issues and treatment needs when fashioning an appropriate sentence. Judges obviously see cases every day where people try to avoid the consequences of their actions and sometimes it makes strategic sense to accept responsibility so that the judge sees that the defendant is remorseful about what happened and is determined to make sure the mistake is never repeated. In situations where judges sense a person is truly remorseful, they are frequently more likely to impose alternative DUI sentences as opposed to straight imprisonment.

In the Berks, Lancaster and Lebanon County areas, as well as all of Pennsylvania, it is not uncommon for judges to impose alternative DUI sentences. These sentences can be include components of house arrest and work release. Judges are typically more likely to impose such alternative sentences when defendants have “accepted responsibility” and taken accountability for their actions. Conversely, defendants who take their cases to trial and lose are less likely to get such alternative sentences and are more likely to receive a straight prison sentence.

DUI Charges In PA: What Not To Do

For anyone charged with a DUI in PA, please take this free legal advice: DO NOT RUN OR IGNORE YOUR CHARGES THINKING THEY WILL GO AWAY. THEY WILL NOT.

There are various options and decisions that have to be made and yes the situation can become truly overwhelming. This is why it is very important to hire an experienced Lancaster Pennsylvania DUI Defense Attorney who will take the time to explain your options and help you take things one step at a time. Dealing with a Pennsylvania DUI charge, even a first time misdemeanor DUI charge with no peripheral charges, is a long process and dealing with the process requires a step-by- step approach. The first step needs to be retaining an experienced Lebanon Pennsylvania DUI lawyer who has handled many cases such as this and who you trust and respect to make sure you get the best result.

How Our Lancaster PA DUI Defense Attorneys Can Help You

Do not hesitate to contact our team of Lancaster DUI defense lawyers. They have handled hundreds of numerous DUI cases over the years throughout Berks County, Lancaster County and Lebanon County. With their experience, they understand how prosecutors evaluate cases and know the types of situations where they are more likely to seek negotiated guilty plea agreements. They also know how to prepare a strategically sound defense so that if we spot a defense issue or otherwise decide to take the case to trial, they are ready to do so on your behalf.