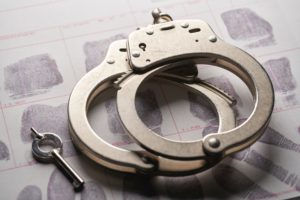 What counts as an open container may vary, but it generally refers to either a bottle that’s original seal has been broken or an alcoholic beverage poured into a cup. In some states, if a bottle’s seal is broken, some contents must be missing for it to be considered an open container, and these laws will differ from state to state. In Florida, for example, a half full bottle of wine will not be considered an open container if it is resealed by a restaurant, and in Louisiana, a person may carry a frozen daiquiri as long as the lid has not been removed and no straw was inserted into the beverage. It is always best for a person to look at the law for their individual state before carrying an unsealed bottle or other type of alcoholic beverage, as these laws can vary so greatly from area to area.

In open container cases, the defendant has to have been aware that the container was open at the time in question. One defense that can be used is if the defendant can prove that the container had a faulty seal, and it had opened due to no fault of their own. In some states, a driver or owner of a vehicle can use the defense that a passenger brought the open container into the car without their knowledge, and the passenger will then face open container law charges instead. Proper defenses may vary by state, and consulting an attorney before deciding on a defense is always recommended.

Open container penalties will often vary from simple infractions to misdemeanors. Infractions are normally not considered to be criminal convictions, although they will often come with fines or community service, and they are not searchable on a person’s criminal record. Minors found in violation of open container laws will typically face harsher penalties than adults.

Some situations are exempt under open container laws, and a person’s individual situation is important when considering what may or may not be legal under a state’s open container law. For instance, open containers in a limousine or party bus are typically allowed, and many states do not count open containers held in a trunk of a car, particularly if the trunk is inaccessible to those riding inside of the vehicle.

Because public intoxication is not a crime in Pennsylvania, it does not come with criminal penalties. If a person is placed into custody temporarily after being found publicly intoxicated, it is not considered an arrest, and the person will be released without consequences either when they sober up or after 12 hours, whichever time length is deemed shorter.

Selling Or Providing Alcohol To Minors

It is illegal to sell or provide alcohol to minors in all 50 states, but each state will vary on the harshness of the penalties a person may incur if found guilty of selling or providing alcohol to a person under the age of 21. Some states do allow a parent to give their minor child alcohol, however, given that the child is under guidance and at the home, and other exceptions may also apply for medicinal uses or religious ceremonies where a person under the age of 21 is ingesting alcohol.

Penalties for supplying a minor with alcohol will vary, but they are typically considered to be misdemeanor charges that carry penalties such as fines, jail time, probation, community service, or the revocation of a liquor license.

If you have been accused of an alcohol crimes call our attorneys at (610) 685-8000 for help on your case, or contact us online.